The main goal of the proposed project is to promote the cultivation of medicinal and aromatic plants – MAP, according to their economic, environmental and social significance. Through the planned interventions, the population in rural areas will benefit from improved opportunities to increase revenues by stimulating the human and social capital, and the other side will come to the preservation of existing natural resources.

The specific objectives are related to:
• Stimulate partnerships and capacity building among farmers and processors of MAP`s for the improvement of quality and quantity of cultivation
• Build the capacities needed in the value chain of MAP`s  to meet the market demand for typical regional products

Under this project farmers will be motivated and trained to growing MAP`s. There are several reasons for cultivation of MAP`s :
• The climatic conditions in the country are eligible to growing MAP
• Domestic and European markets are booming
• Increased demand for MAP`s from cultivated land takes away the pressure on natural resources or wild gathered MAP.

To realize the objectives, a series of project activities are planned:
1. Activities related to the preparation of a Study on the potential for growing MAP and qualitative research of value chain of cultivated MAP`s. Interviews with companies dealing with growing MAP and companies who are interested in cultivation,  through a structured questionnaire. 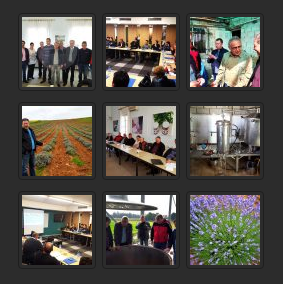